It’s been some time since last I did a Question of the Month but it is time to get back in the saddle and ride into what ever is in store for this.

Firstly, I have to point out for you what exactly Question of the Month is. So, once a month, the lovely Kim from Later Levels holds more or less a small competition for other bloggers to take part in, where at the end of the month one will win. However, the best thing about this is for you as a reader or content creator will have the chance to meet new people that you can follow and therefore expand the amount of things you can read about in a variety of areas and topics to boot.
Normally though. Kim sets the rule for a 100 word-limit to be as creative as possible. But this time around there are no rules on how many words one can write

The question asked by Pix is: if you could live in any video game settlement (ie a town, village, city, etc), where would you choose to live and why; and what role would you play in it?

No matter where I wander, the world I live in is a place of pure light. Sure, there are darkness that always looms in the shadows but certain warriors have never let us down.
I was once one of those warriors that thought against evil in many parts of the world, even learned to use spells in order to defend against enemies resistant to physical attacks.

Now a days I’m just a simple fisherman and cook, nothing beats the life of simplicity…though uhh, I do dabble from time to time at some Triple Triad and have even gotten the chance to fight masters around the world.

Traveling comes with the job, it’s been years since I have been home in Mor Dhona but at the moment I’m currently sailing around Ala Mhigo, oh such a wonderful place this is with a culture I only heard rumors about. 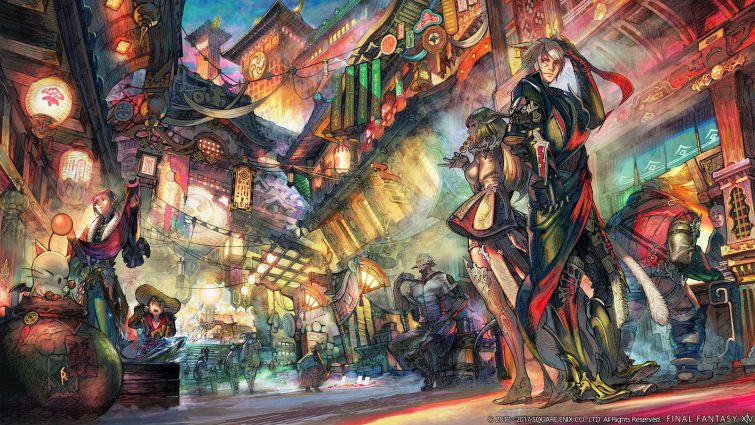 So, listen very closely. If you ever get the chance to visit our world…wherever you’re from. Come to Eorzea and see why this is the best place to be.

With love from,
A fellow Warrior of Light.”

That is it from here, hope you enjoyed the way I tried to answer this Question. There have been some great responses so far and you can read them all over at the main blog post. Thanks for Pix to present such an interesting question.

If you are interested in more of these, I made one back in March talking about Gaming Crossovers, December 2017 with who is the best Santa, October 2017 about hiring a mercenary and August 2017 for who is the most memorable NPC.

However, this isn’t complete unless I hear your thoughts on what you guys might want to live in a video game setting and if so what will you work as? Write it down in the comments, as I want to hear your perspective.