Through all of September, I’m doing a 30 Day Anime Challenge inspired by Keiko. It’s the first time I’ll be tackling a challenge like this.

Every day I will be answering a question laid out in the picture below to the best of my abilities. I hope you will enjoy it.

I apologize for not putting the answer in the day before. A lot of things happened throughout the day that I wasn’t able to finish it on time. So instead you are getting a bundle with days 8 and 9 put into one. Do enjoy reading the answers down below.

Day 8 – What is your favorite anime so far?

Oh wow, that is a really difficult question to answer. There are so many amazing animes out there that I’ve seen and love equally. So if I need to go by choosing one, think I’ll choose five series and five movies instead (haha, I cheated again).

See this a mixture between a little treat for a delayed post and me usually going on a small ramble on stuff. 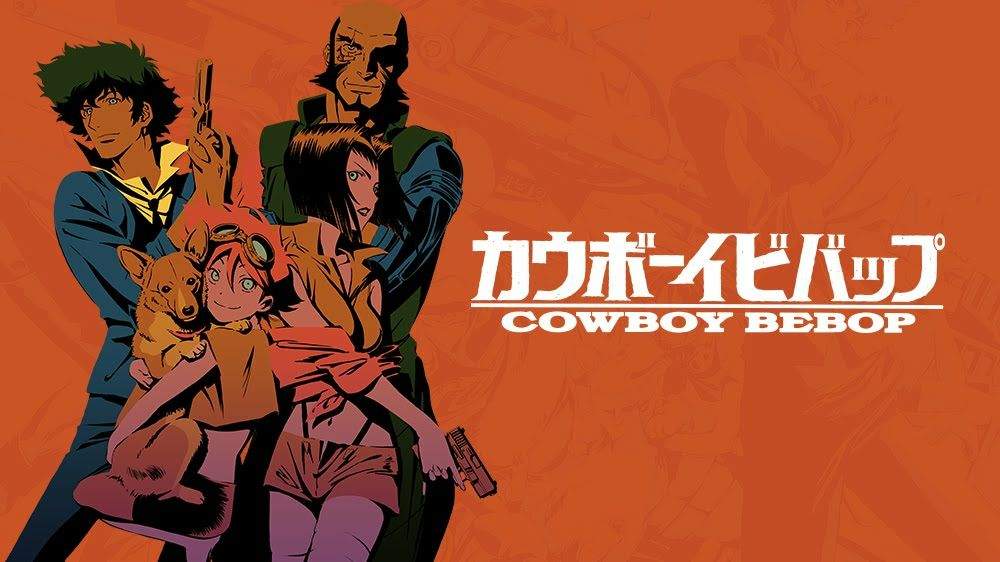 Cowboy Bebop is a special case of a series that brings you back into a western setting but still being a sci-fi show. This one and Firefly makes me wish I could go to space and live the life with a ragtag group of various people that fits something akin to a Dungeons & Dragons group. Trying to just live their own life in the vast universe of space. 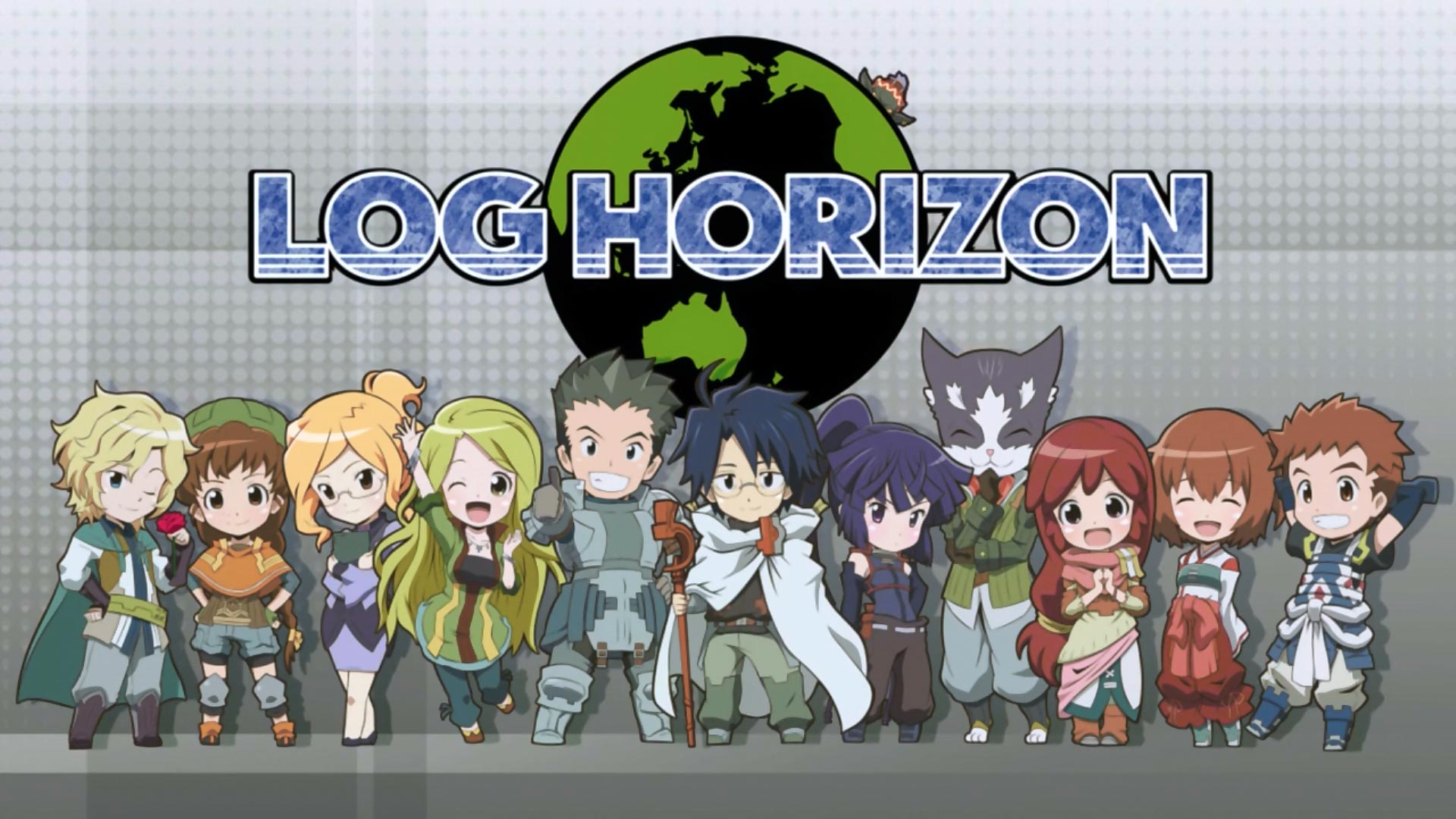 The best Isekai genre where characters are stuck within an MMO. Not only does the author understand how an MMO works with its mechanics but also asks a very interesting question on how we as people can cope with trying to adapt to new surroundings so familiar, yet so different.

Plus, who can’t forget that awesome intro it plays in the beginning of each episode. (Database, database, Just living in the database wow wow). 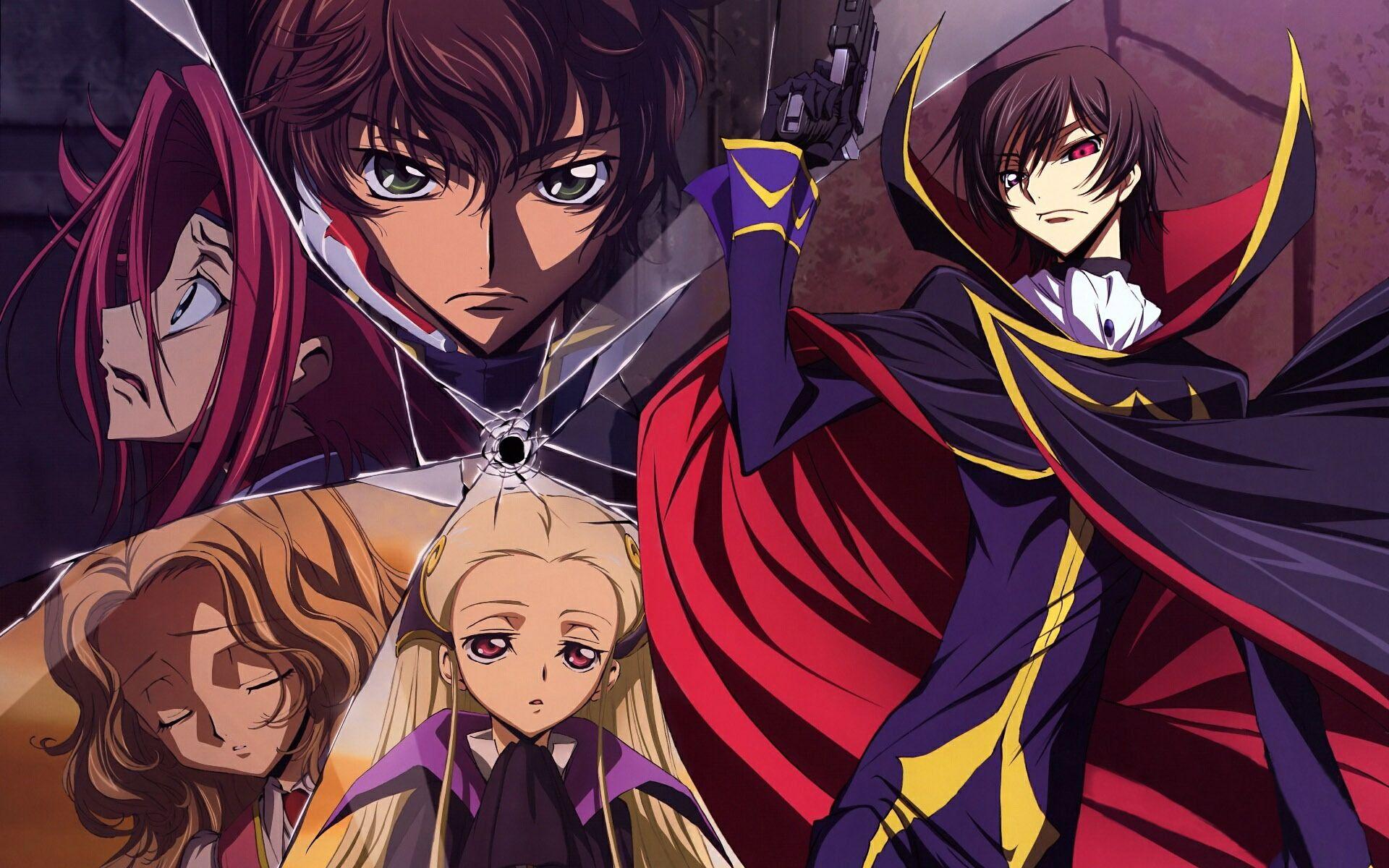 One of the first shows I watched besides Death Note where the main character isn’t an all-powerful person who can smack people with the power of friendship and win over the bad guy. No, instead we follow Lelouch a guy with good intentions but only with his high intelligence knows the best way to stop the world from going to war is to take himself with the power of Geass. 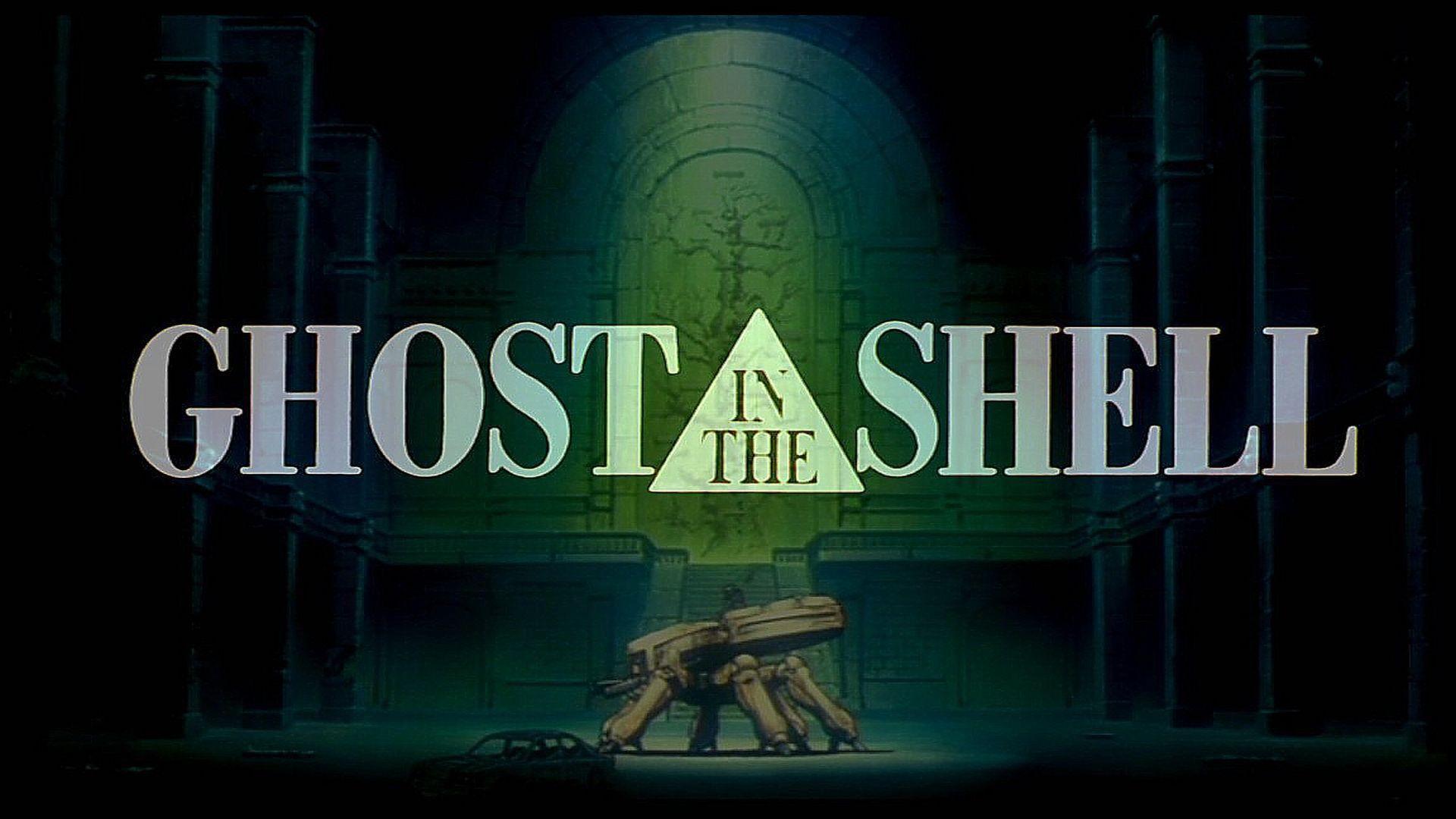 What can one say about Ghost in the Shell? I watched Stand Alone Complex before the movies which a good friend of mine introduced me to many years ago. I loved the world, loved the Major and her compatriots. The setting was intriguing and makes you wonder if that is how our own future is going to look like.

The king of long-running anime shows. I have loved One Piece ever since reading the manga at a very young age. It has kept me laughing, crying, scream with joy when good things are happening to the Strawhat Crew in Oda-Sensei’s fantastic story.

Plus, it doesn’t help it’s been a huge inspiration for many characters and places I’ve created for my Dungeons & Dragons world.

I will continue reading and watching this show until it ends, which seems to be soon.

Kotonoha no Niwa (The Garden of Words) 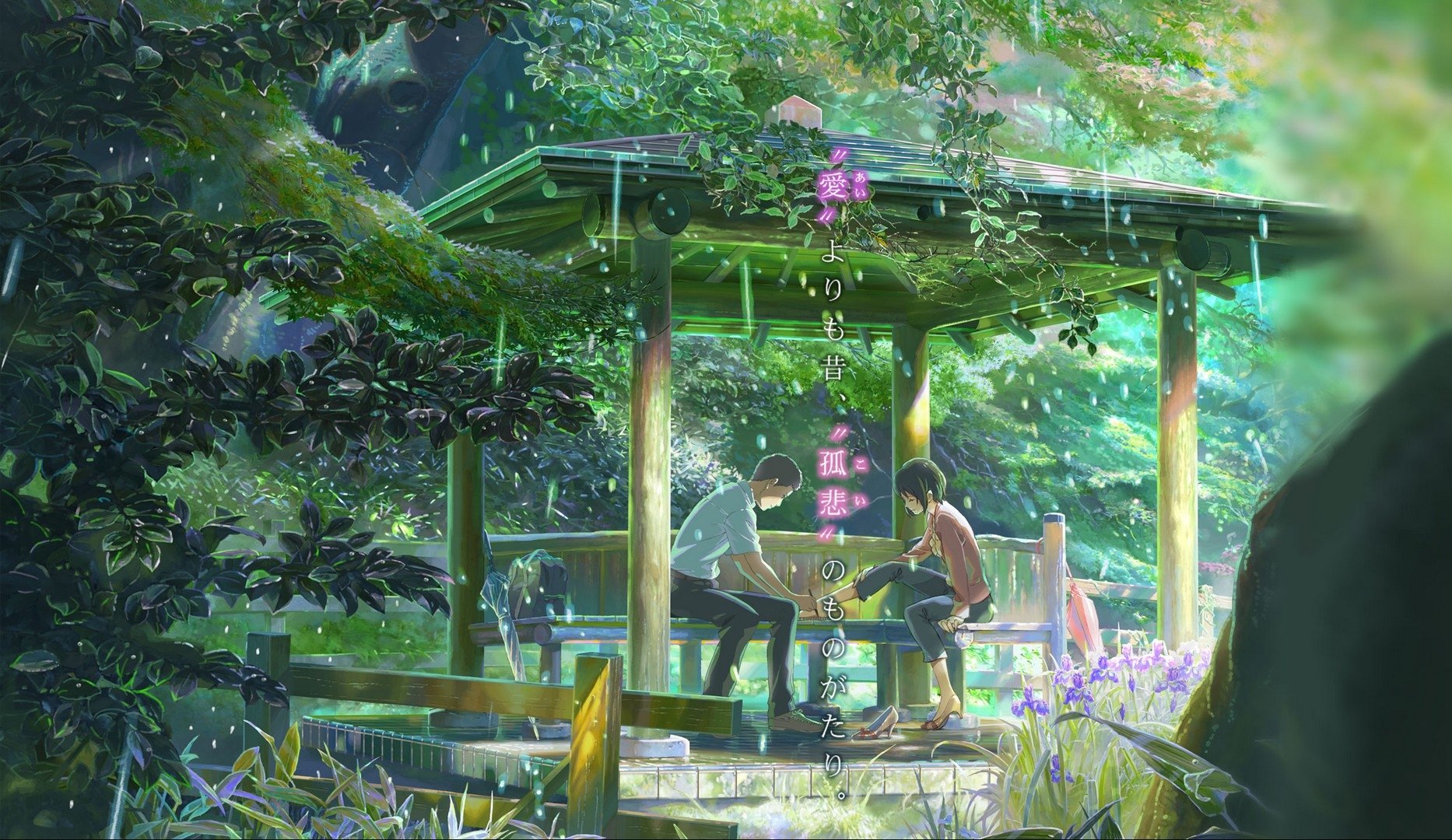 An interesting story about a boy who wants to be a shoemaker and a woman who loves poems. They meet in a park as it rains and things develop from there. This movie has a good story but also an amazing visual style to it. Go watch it and let me know what you think of it in the comments.

Wolf Children is simply a gorgeous movie about a mother taking care of her children while also accepting they are growing up and the pain that comes with letting them go.

I cannot stop myself from crying every time I watch this movie and will probably continue to do so once I have children of my own someday. It’s a great lesson on the struggles that can come with parenthood but also for the kids what it means growing up. Definitely watch this one when you can.

Pokémon Trilogy Movies (The First, 2000 and the Third)

Nothing special about this other than they hold a special place in my heart, which is why I’m cheating a bit here and going with all three before the tons of others that came after.

This “trilogy” on itself to me gave a great action movie but with a good adventure for the characters, you enjoy seeing in the world of Pokémon while fleshing out the myth and lore as well.

It wasn’t until many years later after my education had ended it suddenly dawned upon me that this movie is a perfect showcase of a starving artist trying to get by, doing the thing they love in a world that might be too harsh for them to live by.

Akira is another case of taking a subject and just wow you with the execution of answering the question to that subject.

Simply a phenomenal movie that everybody should watch at some point in their lives.

Day 9 – What anime series will you never watch?

This one is hard to answer since I usually will watch anything that comes my way. Are there some series I’ve given up on after finishing one or two seasons? Definitely.

An anime series that instantly comes to mind is Sword Art Online, I hate it and cannot see why it is so popular. While I do appreciate it for being one of the biggest animes to bring back the Isekai genre in full throttle. It sort of just ruined itself after watching through the first season.

I am a person that tends to not stop with a show until a season has been completed. If I hate the show while watching it, then there’s a big chance I won’t come back for a second season.

So here we are at the end. It’s enjoyable to talk about shows and movies in this sense. Though I would easily be able to ramble a bit more about these. However, then we would have a novel written by the end and that would be too long of a post supposedly mend to only cover a day at a time in a 30 day anime challenge.

Let me know what you thought of these picks? Are there some you think would be a better choice? Let it be known in the comments down below, I’m very interested in hearing your thoughts on this!

If you missed it, then you can read yesterday’s entry in this 30 day anime challenge I’m doing throughout all of September for the first time.
Hope you enjoyed it and want to see more, I will be uploading every day with my answers for the challenge. Follow along on and be a part of the conversation.